The day I drove a Tesla for three(-ish) seconds

Founder of specialist EV magazine AutoVolt, Jonathan Musk, recounts the day he took on the neck-snapping acceleration of the Tesla Model S

It’s 7am on Sunday 5th July 2015 and I’m in Amsterdam. As I approach the pearl-white Tesla Model S P85D, the door handles extend automatically to greet me. My passenger and I hop in and get ourselves comfortable; we’ve got a long journey of some 360 miles ahead of us. Pressing the brake turns the car on, and I select the “Insane” acceleration mode on the imposing 17-inch display. “Ready?” I ask my passenger.

It’s worth pointing out that I could have chosen any number of different motoring experiences as the drive of my life, each deserving of a feature of their own. To put things in perspective, over the past seven years, I’ve been privileged enough to drive some of the world’s most desirable new cars, and I’ve seen rather a lot of the world through a windscreen.

For instance, I once drove a Nissan LEAF from London to Paris, before there was a charging network. I’ve pushed a Jaguar I-PACE to its limits on the racetrack, and I’ve romped about Henley-on-Thames in a Honda e. But despite these experiences (and many more), all it took was three seconds for the Tesla Model S to win its place as the true drive of my life.

In case you’re wondering: no, I’m not yet another blinkered Tesla fanatic. Nor am I related to Elon. In fact, I fully admit that there’s a lot to criticise the company for, from its curiously brazen implementation of the Autopilot system to the dubious build quality. Equally, though, there’s just as much to praise.

When I was growing up in the 1980s and ’90s, I would have been lucky to find a supercar that could hit 60mph in five seconds. Those that managed to get there were stupidly impractical, requiring both athletic expertise to climb into them with any dignity and Schwarzeneggerian leg muscles to operate the pedals. And that’s without even mentioning their highly complex and usually frail engines, with fuel consumptions bad enough to make Koch Industries worry. Bear in mind, too, that petrol cars already had 100 years of research and development behind them.

By contrast, electric cars hadn’t really been touched since their disappearance from showrooms in the 1910s. And then, just 12 years ago, Tesla Motors was born.

Its first car was the Roadster – a battery electric car based on the Lotus Elise. It was startlingly rapid, setting its rear tyres alight in a torque-frenzied spin at the slightest whiff of a right foot on the accelerator pedal. It embarrassed elite supercars the world over and caught the attention of the motoring press and public alike. However, it was yet another flawed and very expensive sports car that the everyman was unable to enjoy. Plus, its relatively impressive 200-mile range was limited by a lack of any supporting charging infrastructure.

To say that it was a shock when a second Tesla, the Model S, appeared just four years later is an enormous understatement. Unlike the Roadster, it was a large saloon capable of seating up to seven people thanks to two optional rear-facing seats in the boot. It had acres of luggage space too, a space-age 17-inch centre console and enough refinement (thanks to its electric drive) to rival the best the industry had to offer. Alongside the car’s launch came Tesla’s aggressive installation of a new global “Supercharger” network. Crucially, that meant no more sitting idly by for hours while your car charged. Development was rapid too, and in 2015 the company introduced the first all-wheel drive model, the P85D, with a claimed 0-60 time of just 3.1 seconds. That was the sort of acceleration reserved for fighter jets, bullets and a human sneeze – not some lardy saloon.

And so, there I was in Amsterdam. I had no difficulty getting into the car, and there was no dramatic engine crackling in the background. Even with the windows open, the only sound was the faint hum of the air conditioning.

We pushed ourselves hard into the seatbacks, as though preparing to be launched into orbit, and I took a deep breath. In the moment, it was as though everything around us went into slow motion, allowing us to take note of the minutiae of our surroundings. As the traffic lights turned green, a glance in the mirrors confirmed that the road was clear. I stamped on the accelerator.

In an instant, torque at all four wheels rocketed us forwards, with only the tyre wall’s modicum of elasticity offering any respite from the neck-snapping forces. Our pulses raced, and our organs felt as though they’d been crushed in a vice. Our retinas struggled to keep up with the immediately blurred surroundings, turning the wide street into a narrow tunnel.

In less than a second, we were travelling at more than 10 metres per second. The speedometer’s digital numbers danced like a rolling dice to keep up with the car’s relentless acceleration. Two seconds in and we were already travelling twice the speed we’d been doing just one second earlier.

Wide-eyed, pale and clinging to the seat, my passenger screamed at me to slow down. Just over three seconds had elapsed and we’d already exceeded 100km/h.

I eased the throttle back to a steady cruise. Our bodies caught up with the shock of the horizontal free fall and our lungs gasped to breathe again. The car had just propelled us with the equivalent force of the planet’s gravity. It was brutal, uncomfortable and a total revelation.

Even so, this wasn’t what made it such a special moment. I was in Amsterdam to celebrate Tesla’s billionth electric mile. I’d even driven there from the UK using the Supercharger network. Tesla, a total upstart, had managed what long-established brands had failed to do. It had created the full package: an electric car with the space, practicality, refinement, range, charging support and outrageous million-pound supercar performance, all for a price similar to that of a conventional petrol-powered luxury motor.

Electric cars were no longer just an alternative to petrol. Suddenly, they were a plausible replacement. 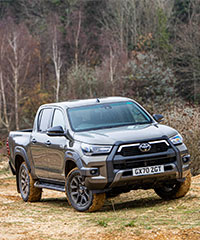 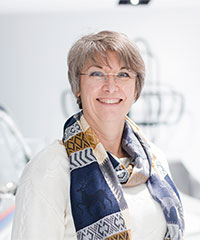 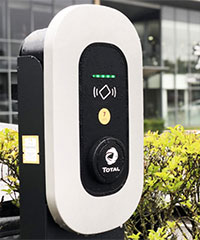