Used car values have been rising throughout the year. MotorPro talks to Cap HPI’s Mark Bulmer about the factors behind this unprecedented shift in the market

In order to work out why used car prices are going up we need to take a step back and look at the new car market.

Simply put, due to the global pandemic, factories around the world haven’t been running as normal. A combination of staff and parts shortages (mostly, but not just, semiconductors) mean that cars have been built in significantly smaller volumes than normal.

The issue is that part exchanging for a new car is the primary method for used cars entering the market so the slowdown in new car deliveries is immediately putting pressure on supply. Couple this to consumers who haven’t been spending on foreign holidays finding they have more disposable income and demand increases too.

The impact then ripples through the market moving from nearly new to two-three year old cars and then to the five-year-old market and so on.

Mark Bulmer, senior valuations editor at Cap HPI, explained: “What we've seen is a really prolonged strengthening in the market, and the balance between supply and demand is obviously in favour of the seller. That’s what's pushing prices up. And the prices are as high as they are because there are fewer part exchanges coming into the market from new cars.”

According to Bulmer, a good barometer for the situation is the number of trade sales; currently running down 25% over normal levels.

“It's just the fact part exchanges franchise dealers would normally be taking in are just not there. So the battle for that stock is out there and availability is paramount to these businesses keeping going. Therefore, they have to give more money to be able to own the stock.”

As fewer new cars are available, some of those people who would be looking for a new car but don’t want to wait a long (an often uncertain) amount of time for their next vehicle start to buy nearly-new cars. This further compounds the issue and has resulted in a typical three-year-old car with 60,000 miles rising more than 29% in value in the first nine months of 2021.

Bulmer believes consumers are also looking at a broader list than they would normally because more people are working from home and their lifestyle has changed.

“The difference between the new price and the second-hand price has changed dramatically. In some instances there is no difference. The only difference being, is you can take the car now, or you can wait and pick it up in two or three months' time. However, people do seem to, when they decide to buy a vehicle, want it as soon as possible,” said Bulmer.

Rising prices started last year with sports cars and convertibles, according to Bulmer.

“Anything a little bit unusual and quite niche suddenly started to move in value. They’ve continued to rise into this year as well, whereas everything else is a little bit slower.

“The slowest to react were MPVs, funnily enough. They were probably least in favour during COVID. You don't want to get in a car with six other people. But sure enough, in the past two or three months, some of the values of those vehicles have shot up and caught everything else now. So there's no weak sector.

“In terms of fuel type, I think possibly electric was the weakest, but that's because it was the highest priced vehicle [to start with]. The other fuel types have come up to close to where electric is, but now EVs are starting to go up in price.”

The trend is nationwide. You can’t grab a bargain by travelling further afield to source stock, according to Bulmer.

The plus side for retailers is that margins have risen and discounting is almost non-existent. So while dealers are selling fewer cars, they’re making more money on each one.

So how long will the trend last?

“If you asked me six weeks ago, I would've thought by the end of the year into the first quarter of 2022, we'd start to see things turn around, as far as values easing up a bit.

“Now I think it could be longer. We don't see prices dropping in any significance in the short-term,” said Bulmer. 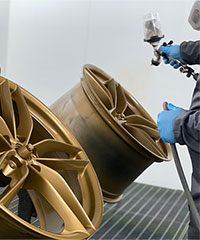 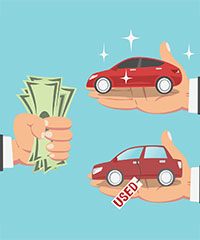 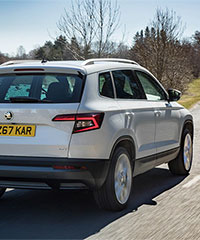