Why autonomous vehicles aren’t here quite yet

The government’s announcement that it will begin to legislate for the use of automated driving systems on public roads is the next step in the rollout of autonomous vehicles. But there’s still a long way to go before drivers become redundant and cars take control in every driving scenario.

The latest announcement means that Automated Lane Keeping Systems (ALKS) can be used on motorways at speeds of up to 37mph. The technology can position a vehicle in a single lane between road markings, and if used in conjunction with adaptive cruise control means the vehicle can regulate lateral and longitudinal motion.

But there are limitations to what the systems can do, and it doesn’t mean drivers can sit back and flick through their phone while the car drives, so there could be problems when the government call vehicles with ALKS self-driving.

“ALKS, as currently proposed by the government are not automated. They are assisted driving systems as they rely on the driver to take back control,” said Matthew Avery, Director of Research at Thatcham Research.

“Aside from the lack of technical capabilities, by calling ALKS automated our concern also is that the government is contributing to the confusion and frequent misuse of assisted driving systems that have unfortunately already led to many tragic deaths.

“A widespread and effective ongoing communications campaign led by the automotive industry and supported by insurers and safety organisations is essential if we are going to address current and future misconceptions and misuse.”

Headlines were made by crashes involving Teslas, where users had put too much faith in the vehicle’s Autopilot system, highlights the importance of clearly defining the limitations of technologies and making sure consumers understand they can’t yet delegate complete control to the vehicle.

The industry needs to be ready

Fully autonomous vehicles are still the aim, and part of the journey is integrating even more advanced driver assistance systems (ADAS) such as ALKS. That will be good for consumers, but widespread adoption needs to be underpinned by solid infrastructure to ensure the next generation of vehicles can be maintained and repaired safely by a widely accessible network of technicians.

It’s a topic the IMI is pushing hard for: ““The IMI has already cited the serious deficit in technicians qualified to work on electric vehicles; currently we’re at just 5%. A skilled workforce for vehicles featuring ADAS systems is better populated – but it’s still an area of concern as a whole. And the reality is this currently presents a much bigger risk for road users than electric vehicles,” said IMI Chief Executive Steve Nash.

“Connected and autonomous technologies are crucial to advancing the safety and performance of vehicles for all road users, but it will only work if it is accurately calibrated at all times. While ADAS technology is certified at manufacture, we firmly believe there is room for improvement to ensure that automotive technicians repairing vehicles fully understand the technologies so that all systems are precisely and accurately calibrated before a vehicle goes back on the road.”

The road to fully automated driving has many more twists and turns to navigate, and not all of them are down to the development of the technology, but what happens after it hits our roads. 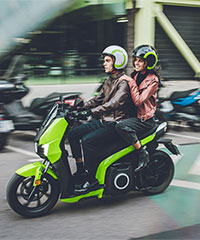 Has the shift to electrified two-wheelers accelerated? 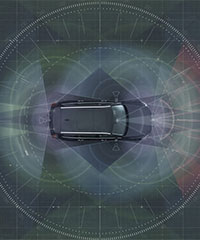 Why autonomous vehicles aren’t here quite yet 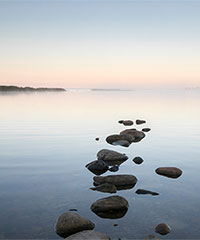 How to de-stress your life