Automotive Apprenticeship starts in England have seen their first increase since the end of 2010. The Institute of the Motor Industry (IMI) found a 4.2% increase, up to 10,940 starters, in 2012/13 in their yearly benchmarking report. Apprenticeship start figures have been falling since 2009/10 in the face of economic recession, with a 14.8% decrease recorded in 2011/12 according to figures from the Skill Funding Agency.

The biggest improvement in apprenticeship starts came in vehicle sales, with an increase in uptake of 233.3%. Meanwhile, Vehicle Parts, Vehicle Maintenance and Repair, and Vehicle Body and Paint also showed slight increases.

“Apprenticeships starts are a key indicator of growth in the automotive retail sector and the increase of new starts in 2012/13 are a sure sign of green shoots in the industry,” commented IMI CEO Steve Nash. “In particular, the increase in vehicle sales apprenticeships demonstrates improved confidence and new opportunities for automotive businesses.

“As a sector, we must work together to ensure that any proposed changes to the apprenticeship programmes do not derail this growth. The recruitment and training of the next generation is vital to the industry’s future success.”

Recent research released by the IMI showed that by the end of their third year, a well-recruited apprentice can generate between 150% and 300% return on investment. Furthermore, apprentices who start with no experience typically generate profit within 18 to 24 months– much earlier than was previously assumed. The IMI is currently working to promote these findings as a way of encouraging more businesses to employ apprentices. 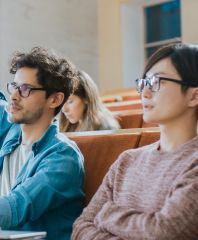