The steady growth of interest in electric vehicles is demonstrated in research commissioned by the IMI that found London voters believe electric vehicles will solve the Capital’s pollution problem. 80% say they would consider going green if they were buying a car in the next 6 months, despite believing they are more expensive than petrol cars.

IMI COO, Lesley Woolley, said, “Tesla’s launch of an ‘affordable car’ will quickly change the public’s perception of these cars and boost demand further; it’s time for Government to increase the pace of change by providing charging points across major cities and throughout the road network.”

“The Government will also need to focus on the skills base required to keep these cars on the road. With only 1,000 technicians currently qualified in the UK, they have some way to go.”

Institute of the Motor Industry (IMI), the professional body representing the retail motor industry worth £152 billion per year, commissioned the research that found 6 in 10 Londoners are worried about the environment and the long-term impact of air pollution that claims over 10,000 lives a year in the City.

Londoner’s enthusiasm for electric vehicles comes despite their doubts around the capability of green cars. Most Londoners think they are more expensive to buy and to run than petrol or diesel cars, and that they are slower and have a limited range. They are also worried that there aren’t enough charging points in the Capital or enough qualified technicians to service the cars.

The IMI says electric and hybrid vehicles are just as fast as petrol cars, and the running costs are a fraction of current vehicles. They also have a more than adequate range to cover the average London journey of 8.9 miles. The BMW i3 can go 170 miles between charges, and best of all electric vehicles come with a Government grant of £5,000 and a free home charging point. They are also road tax and congestion charge free.

The IMI says that once drivers realise the real capabilities of green cars the desire will drive a surge in sales, which will have major policy implications for the new Mayor around the charging infrastructure and the maintenance skill base. 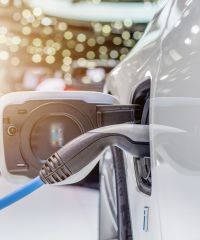 A lot has changed 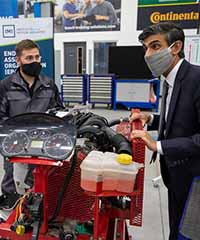 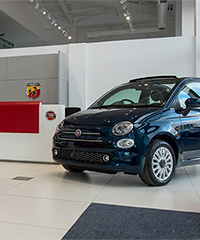