In this article: Keeping the flow of apprentices coming into the industry is key to its success, the levy could be critical, but what is it?

Apprenticeships are crucial to the future of the motor industry, which faces a massive skills shortage due to an ageing workforce, misconceptions about the profession and challenging political times.

The system needs changes, but apprenticeships do help motor employers recruit young blood which is sorely needed. They also equip existing staff with skills, knowledge and behaviours that benefit them and the business, since modern apprenticeships are developed by employers to address skills gaps and lead to qualifications up to master’s degrees.

A government scheme is encouraging firms to invest in training their workforce. The apprenticeship levy was introduced in April 2017, with the aim of creating three million new apprentices by 2020, though this target is unlikely to be met because of slumping starts across sectors.

The levy compels large employers in England (with an annual wage bill above £3 million) to set aside 0.5% of this sum for training. Smaller employers that don’t meet the threshold do not pay the levy. They pay 5% towards the cost of training, with the government picking up the remaining 95% of the bill up to a funding band maximum.

Also, all employers in England receive £15,000 per year from the government to offset these costs. And employers receive an extra 10% of the money they put into the levy – so they can withdraw £1.10 for every pound paid in.

Money in the pot

“The levy has created a £2.5 billion fund for businesses to invest in recruiting and developing the best talent,” says James Farr, Business Development Director for the Apprenticeships Programme at Henley Business School.

It’s an important point to note that UK productivity is low compared to other G7 nations, while workplace training has fallen sharply, he adds.

Employers pay the levy on a monthly or quarterly basis through the PAYE process – the same way they make National Insurance contributions. To access these funds and pay for training, employers need to create a digital service account.

Levy money can only be spent on training employees based at least 50% in England. So if 75% of a firm’s wage bill is in England, they get back 75% of the funds they pay into the levy. This is a concern for firms in the motor industry that employ people across Britain. It may in part explain why many are not spending their levy funds, which the government claims after 24 months, if unspent.

Alice Tranter, Education and Skills Policy Advisor at Make UK, the Manufacturers’ Organisation, says her members spent only 15% of their levy money last year because there’s “too much red tape”.

“Employers still aren’t clear on what training they’re allowed to spend levy funds on,” she says. “Simplifying the number of apprenticeship standards and the funding framework is a must. Members also stress that they want a wider skills levy.”

Stephen Isherwood, CEO of the Institute of Student Employers, says: “Despite good intentions, employers have criticism of the system.

“There are questions about whether the government is fully committed to long-term support for degree level apprenticeships through the levy system [because the apprenticeship budget is forecast to be blown thanks to higher than expected spending on costly degree programmes].

“The process of [creating apprenticeship standards that dictate the skills and knowledge apprentices acquire] should be shorter, sharper and more flexible. We’d also like to see increased flexibility in how off-the-job training could be delivered.”

Despite its kinks, the apprenticeship levy remains one of the motor industry’s best tools to ensure a ready supply of talent that it desperately needs. Hopefully the current criticisms of the initiative can be ironed out so its benefits can be maximised.

Read our in-depth feature on apprenticeships in issue three of the IMI’s MotorPro magazine, all you need to do is log in

Not an IMI member yet? Find out more about its benefits and how it could help you now. 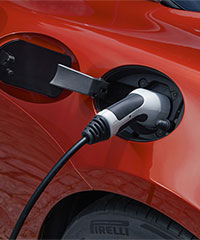 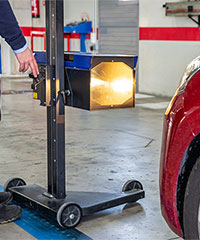 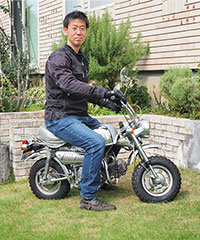