How to… test that truck

In this article: Making sure HGVs pass their annual tests first time can be mission-critical for operators, but there’s more to it than meets the eye…

To the average person (and maybe even some people in the motor trade), an HGV failing its annual test is no big deal. Maybe it was just an insecure brake pipe, one steering ball joint worn or a fog lamp missing. After all, the fault was fixed on the spot and the truck passed its test the next day.

However, the DVSA and the Traffic Commissioners – who look after the lorry operator’s licence – don’t see it that way. They look at it like this: on the only day the operator knew the vehicle would be examined, it was found to be below the legal minimum. If the operator can’t get it legal for that day, what’s it like the rest of the year?

So it’s important that vehicles are maintained to the highest standards, and when the annual test comes around, you need to know what you’re doing, what you’re looking for, and how to achieve that first-time pass.

It’s not a car test!

I know this probably sounds obvious, but many technicians treat the annual test as though it’s the same as an MOT on a car. It’s similar in some regards, but there are some key differences (and potential pitfalls) that need to be understood.

The easiest way to find out what you need to know is to take a look at the HGV Inspection Manual, which is available online. It’ll show you that there are potential items to fail on that don’t apply for cars – think about that clutch pedal rubber, or rubbish in the cab interfering with the control of the vehicle.

And unlike passenger cars, some of the items that are testable are very easily missed – for instance, that yellow reflective stripe on a cab door that was removed along with the last company’s logo when it was sold.

For some checks, you’re going to need help. Do your front-end tests the same way as the DVSA; that way you’ll find the defects that many miss. Get someone to rock the steering while you’re checking the steering system through. Start at the column, then the steering box, including the universal joint on the top, then follow the steering movement through in order of operation. Don’t just check for defective joints – look at the security of the boxes, relays and axles.

To inspect the vehicle properly, you need to chock it, make it safe, then build air pressure fully, before releasing the parking brake and listening for any faults.

The easy way to get it wrong

It’s not uncommon for an HGV to fail the test for a number of what appear to be small faults. This is often in spite of a vast sum of money and repairs being thrown at the vehicle. So the HGV tester sees shiny new kingpins, steering ball joints, mud guards, drums and linings, but the preparer has missed the expired tachograph calibration, and the near-side rear wheel has three loose nuts.

Many inexperienced technicians start off checking the vehicle methodically, but on finding the first defect stop and repair it, then try to continue with the inspection, only then to start another repair. That’s the way to miss things, so be kind to yourself. Do your examination first, don’t get distracted and write down your findings using a Preventative Inspection Sheet (PMI) as a reference.

The numbers down the side of the PMI sheet refer to the item as it is listed in the Inspection Manual. Make sure your PMI sheet is up to date, and get the latest version from Annex 4 of the DVSA’s Guide to Maintaining Roadworthiness.

Failures and the Operator Licence

Very often, records held by the DVSA show that a lorry operator has, say a 50% failure rate, yet the operator and vehicle presenter both think it’s nearer to a 100% pass rate.

If a lorry is presented for its annual test, it may, during its visit, have two or three minor repairs. The headlights may be adjusted during the test, the tester may ask the driver or mechanic to put a couple of cable ties on to secure the brake pipe, and maybe tighten up the loose side-guard bolts too.

As far as the mechanic and operator are concerned, the lorry went through the test first time, but that’s wrong. It may have a “Pass after rectification” or a straightforward failure, followed by a retest and pass. In the case above, it’s actually a failure for:

Getting a first-time pass is important. An operator with a high failure rate can expect unannounced fleet checks and an appointment to see the Traffic Commissioners.

An HGV’s annual test may seem similar to a passenger vehicle’s MOT at first glance, but the things you need to be aware of vary considerably. Understanding the differences and keeping yourself up to date is important, so the next time an HGV rolls into the workshop, you’re prepared. 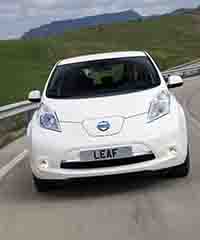 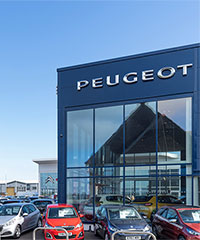